Tributes on social media are pouring in for a Geneva restaurant manager known for his love of helping others.

Jason Sandquist, 44, general manager of Ivy Restaurant in Wheaton, died of a heart attack on February 8.

Lee-Young, who had known Sandquist for more than two decades, said others paid tribute to her friend on Facebook and Instagram.

â€œDue to COVID, we don’t know when we can actually celebrate life for him,â€ Lee-Young said. “If you scroll through these comments, you can see how important it was.”

Sandquist had been working at Ivy since it opened in March 2009. The Geneva resident was also active in local professional organizations.

He won the Downtown Wheaton Association Volunteer of the Year award in 2014.

Sandquist’s philanthropic efforts dovetailed with his hobby of being a self-proclaimed “sneakerhead” – someone who collects custom sneakers. Sandquist co-founded the Naperville-based Sneaker Heartz charity with Cameron DeHaven, a former firefighter who now works in the emergency department at Northwestern Medicine Delnor Hospital in Geneva.

â€œ(Sandquist) suggested a nonprofit organization where we brought shoes to people in need and held fundraisers and parties to help advance the cause,â€ DeHaven said in a Facebook post. “He told me that all I had to do was be the face of it and that he would take care of setting everything in place.” 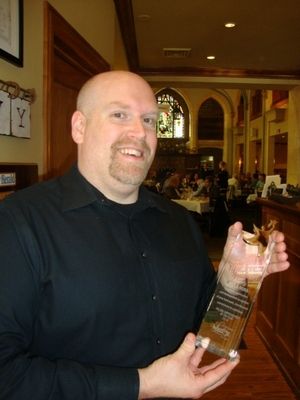 DeHaven estimates that Sneaker Heartz supplied shoes to around 11,000 people.

â€œ(Sandquist) loved to give and he would do anything for anyone, which is why it’s so tragic,â€ said Sandquist’s aunt, Lucy McKinley of St. Charles. â€œEveryone will miss his laugh. He was just a wonderful human.

In his obituary, Sandquist’s family describes him as someone who “loved show tunes, Barbara Streisand and sang like no one was listening to her.”

Sandquist and Lee-Young danced together in the Act I party scene of “The Nutcracker” for a few seasons with the Geneva-based State Street Dance Studio.

â€œIt’s a huge loss, not just for Ivy, but for the whole community,â€ Lee-Young said. “She was just such a beautiful person who always wanted to bring joy to everyone’s life.”

In lieu of flowers, memorial donations or a pair of new, used, or appreciated shoes can be given to Sneaker Heartz via sneakerheartz.com.